I got the 4th (of 9) blocks done.  I have a feeling I am going to have to piece some more HST's though, I think I miscounted (I hope not!) 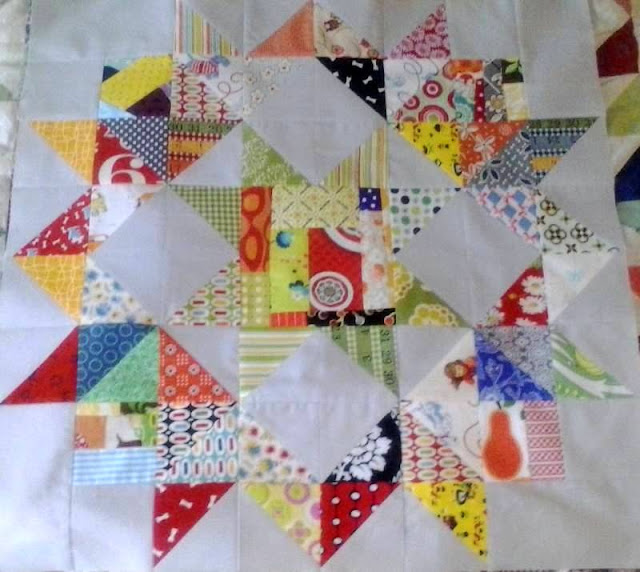 Since I finished the top to my urban 9-patch (and don't have a backing yet), I thought I'd work a little on an older WIP...... 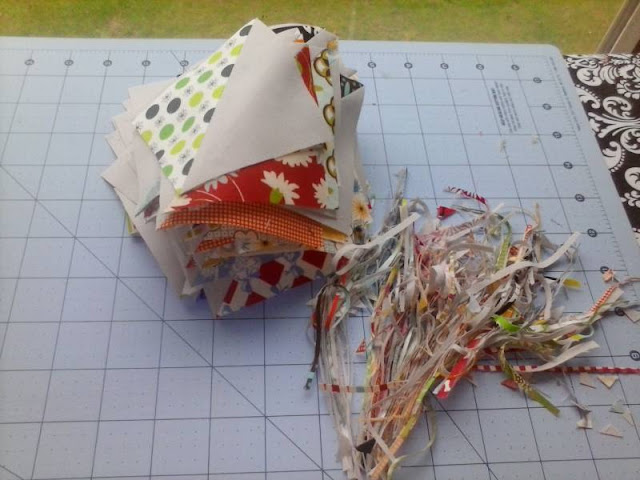 with a huge pile of HST's trimmed, I think I have all the 'parts' for the next 6 scrappy swoon blocks (I have 3 done). 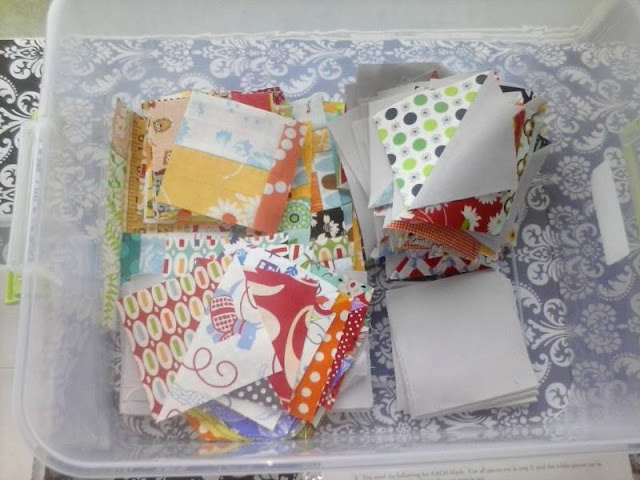 here is a pic of one of the 3 scrappy swoon blocks I have completed...... 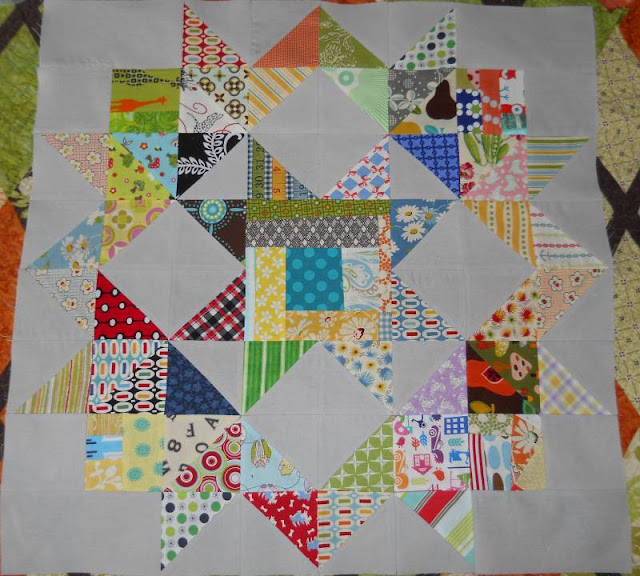 (couldn't locate the other 2 pics for some reason)

I have an angora sweater I have had for 25 years.  I paid big bucks for this sweater in the day - and I can't bear to part with it.  Pink is NOT my color nowadays and I can't ever see wearing this sweater again........ 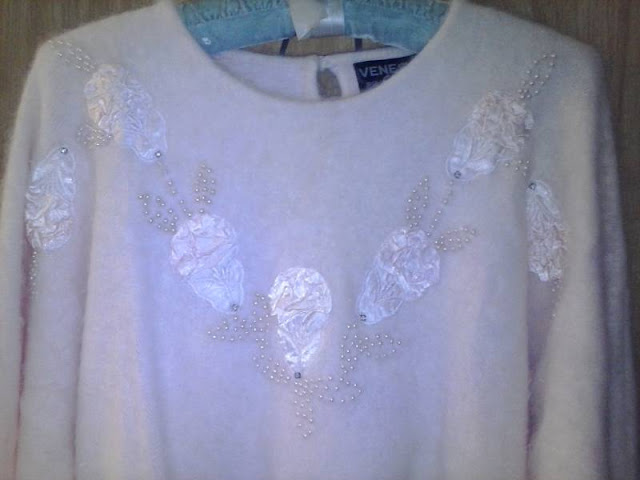 So, I was thinking about dying it - and making it into a purse.  A purse with a swooped top edge would make the best of the embellishments.  I don't know if I can force myself to cut up this sweater, but maybe if the right pattern came along.  I did some searching this morning, but didn't come up with anything that called out to me.  A pattern that was curved at the top, probably a zipper closure, and didn't have piecing on the front/back panels.  Also, something not too too big (I usually don't even carry a purse, but I do occasionally when I can't carry a wallet in my pocket instead).  Any patterns come to mind anybody?

Posted by Cascade Quilts at 10:15 AM No comments:

I am assembling the UNP (urban 9-patch) quilt top today!  Got some goodies made up for the superbowl (I won't be watching except maybe the commercials and half time, LOL) 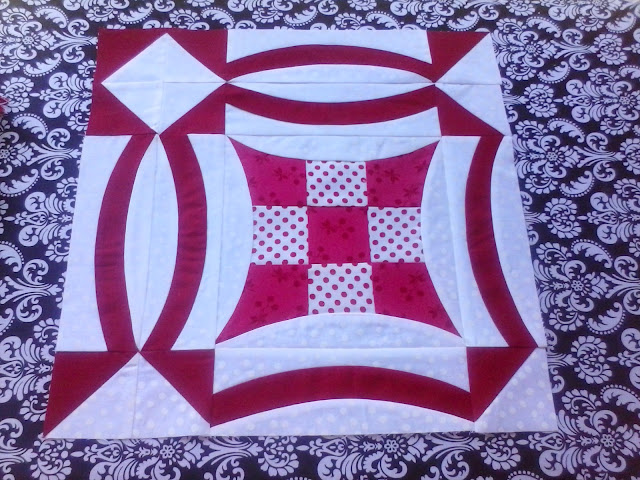 edit to add:  I did get the 7 rows assembled in the second half - the first half I mostly texted with my son about his lost wallet (and called the bank to cancel his debit card), only for him to text me at bedtime to tell me he found it in his room, ugh.  Oh, well, glad it's found at least!

Posted by Cascade Quilts at 2:46 PM No comments:

I have finished all but ONE of the UNP (urban 9-patch) blocks!  Yayyyy!  I am working on HST's today, then I will work on the final border blocks and I can assemble! 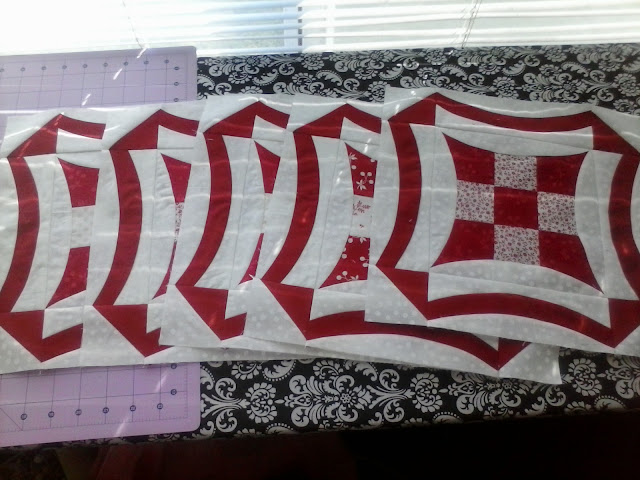 I know these blocks must seem really monotonous to you - I keep showing pics that seem like they are the same blocks, LOL  I swear they aren't!  Just to spice this post up a bit, I thought I'd show you a pic I found on pinterest: 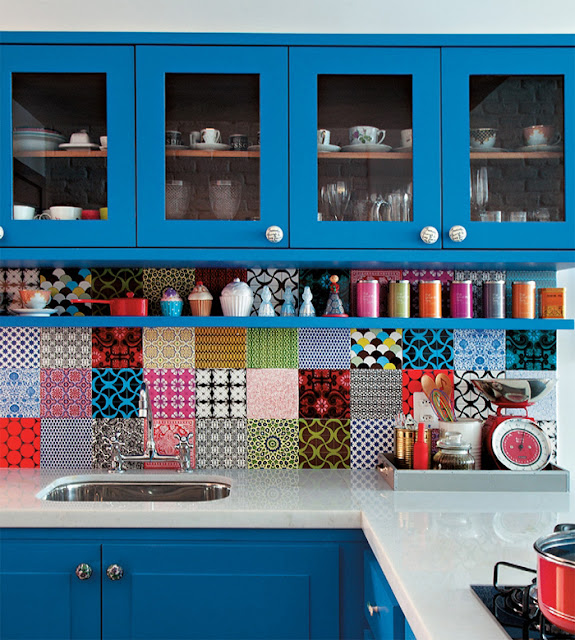 OOOOOH, AAAAAAH.  Isn't this FUN?!!!  My husband would NEVER let me do this, but wouldn't it be cool???!!!  I am actually in the plan-making stage of doing a facelift on my kitchen (possibly new faces/doors, but definitely new backsplash).  I wish I could do new counters, but that won't happen.  The new doors/faces probably won't happen either (we need a new roof on our house this summer instead!), but one can dream anyhow.  Maybe I'll just paint my cupboards instead........  They are cr@ppy manufactured home cupboards - cheap as cheap can be!  I'd just worry about the paint peeling off of them :P

I got a few more urban 9-patch blocks done and now I just have about a half dozen to go!  Wohoo! 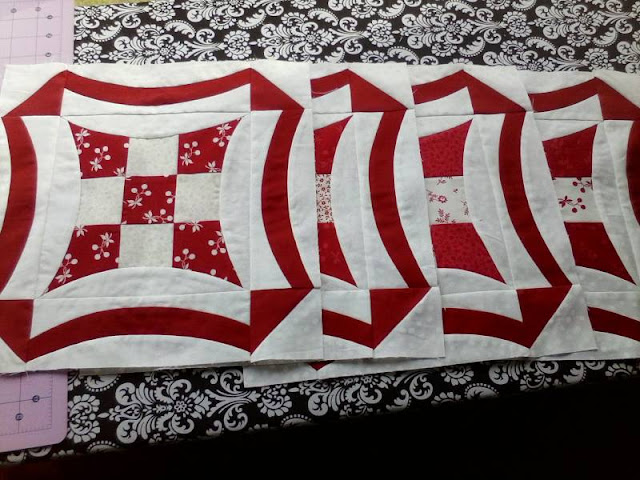 I'll give you just a sneak peek at my latest Moda Bake Shop project - top is pieced, just need a decent day out to get a pic of the completed top so I can baste/quilt it and finish the tutorial :) 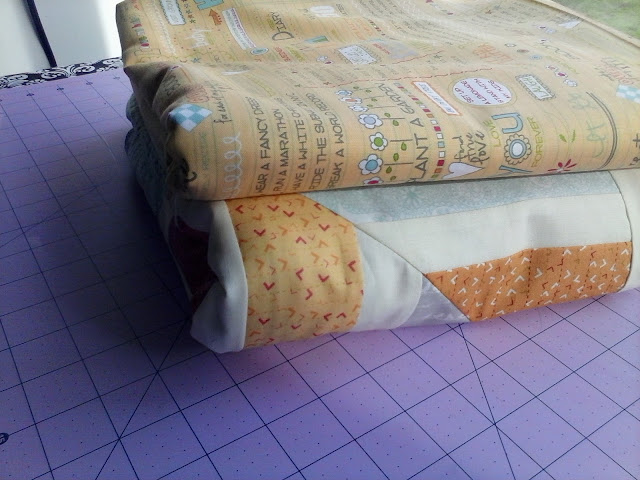 Now back to my urban 9-patch!  I have LOTS of border parts to piece! 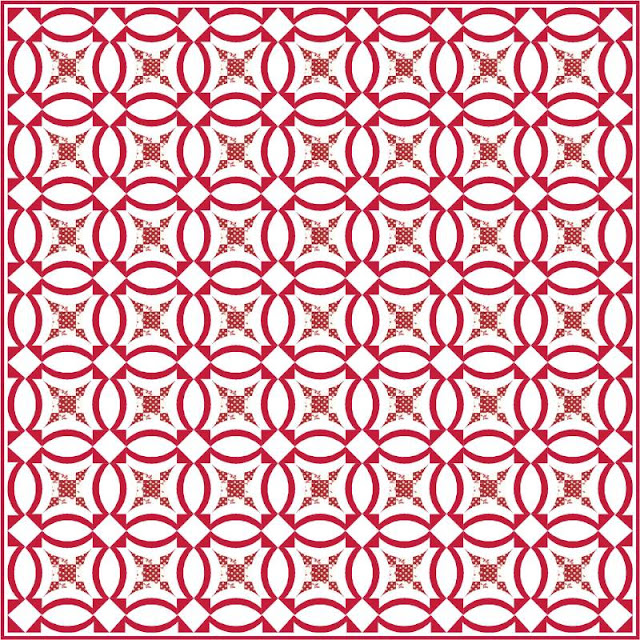