what to do with these lovelies? 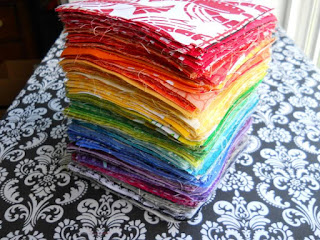 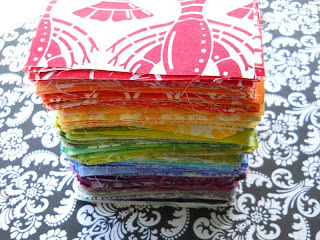 I just have NO plans for them!

Not to mention, I have 5 yards worth of 'layer cake' rainbow pieces too.  Oye.  What was I thinking?! LOL

I honestly like to have a plan for all the fabric in my closet!  What would YOU make with these charms if they were yours?

It's been a while since I've blogged, but I have an excuse!  I have been preparing for my oldest son to come home from college!  He is half way through his senior year, only ONE more semester to go!  Yipppeee!

One of the things I have been working diligently on is the main/guest bathroom.  You see, we have a mid-90's mobile home and it has tons of vinyl ''woodwork''.  TONS of it.  I am on a mission to eliminate the vinyl woodwork from my life.  And the brass.  OH, the brass, eeeep!

Anyhow, this is a shot of part of the bathroom.  It's a very small bathroom, but it sure took me a lot of time! 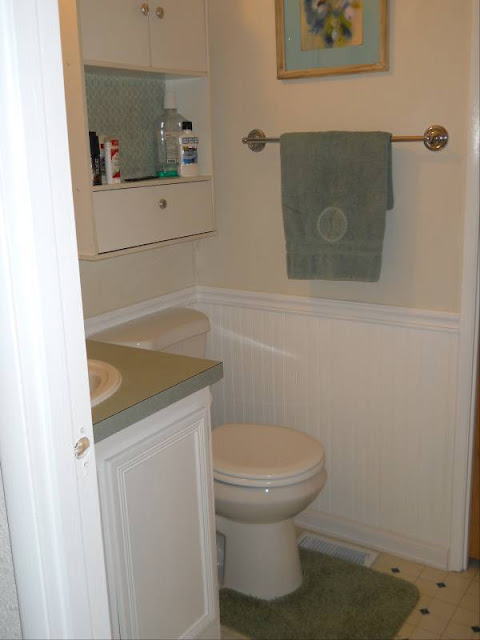 The bathroom has that horrid vinyl wallboard, so I gave it a vintagey feel with the wainscotting and chair rail molding.  This update started with the need for a new commode.  The old one had spots where the enamel was worn thin and wouldn't come clean anymore, so OUT it went!  New commode, new chrome towel bar/TP holders and paint paint paint.  I still need to paint the upper portion of the wallboard, but the ceiling is very tall in there and I wan't quite up to it.  The cabinet is a HUGE improvement - it was that icky vinyl 'woodwork', and it looks so much better white!  I even sided the ugly plastic tub in the wainscotting/chair rail, and it looks great!  I am so glad I did this little face-lift!  I was on a tight budget on this one, spending less than $250 total (including a new door, which is the last thing to do except the darn ugly BRASS light fixtures).

Anyhow, I was trying to come up with clever ideas for the light fixtures (on a budget) and thought about pendant lighting.....  which brought this out of my china hutch....... 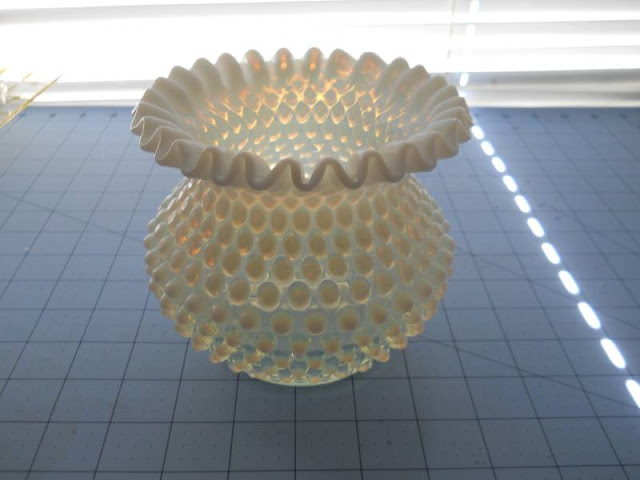 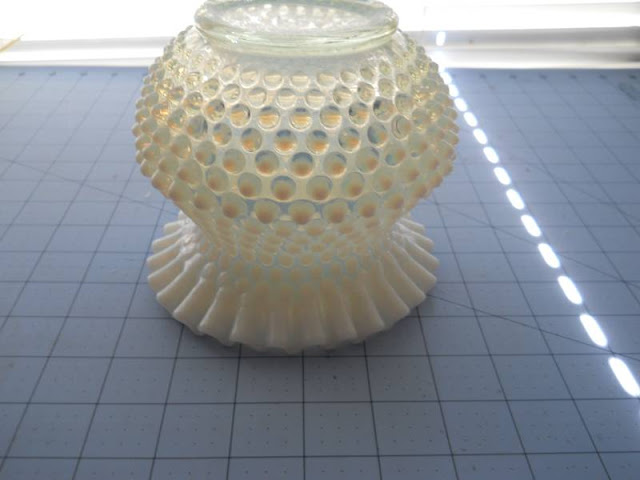 Can't you see that as a pendant light?  I SO wish I had two matching ones though - there are two fixtures above the mirror, so I need two, darnit!  But, maybe I can use this one elsewhere in the house.  Which would include drilling/cutting a hole in Grandma's antique vase.  Don't know if I could bring myself to do it!  Whadda ya think?  Yay or nay?

On the quilty-front - I did work on a quilt top for a while Sunday while hubby worked on his work truck: 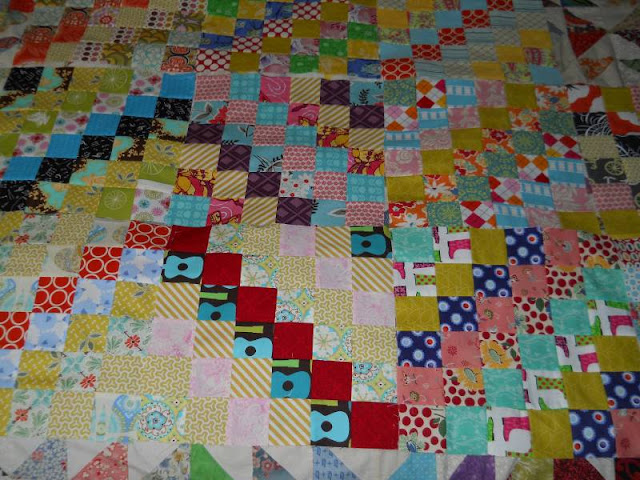 I have 11 blocks done, and plan to do a layout like this one here.  I love that layout!  These blocks go together pretty quickly, which makes them addicting!

Posted by Cascade Quilts at 10:24 AM No comments: