a new member of the family

With my son finishing college and getting a job about 4 hours south, our precious Lab ''Tikka'' has moved with him  :*(   She will be very happy with Jacob and Anna - and she gets to go to work with Jacob almost every day as his Forester Dog.  She will love that!

Here was Tikka as a puppy: 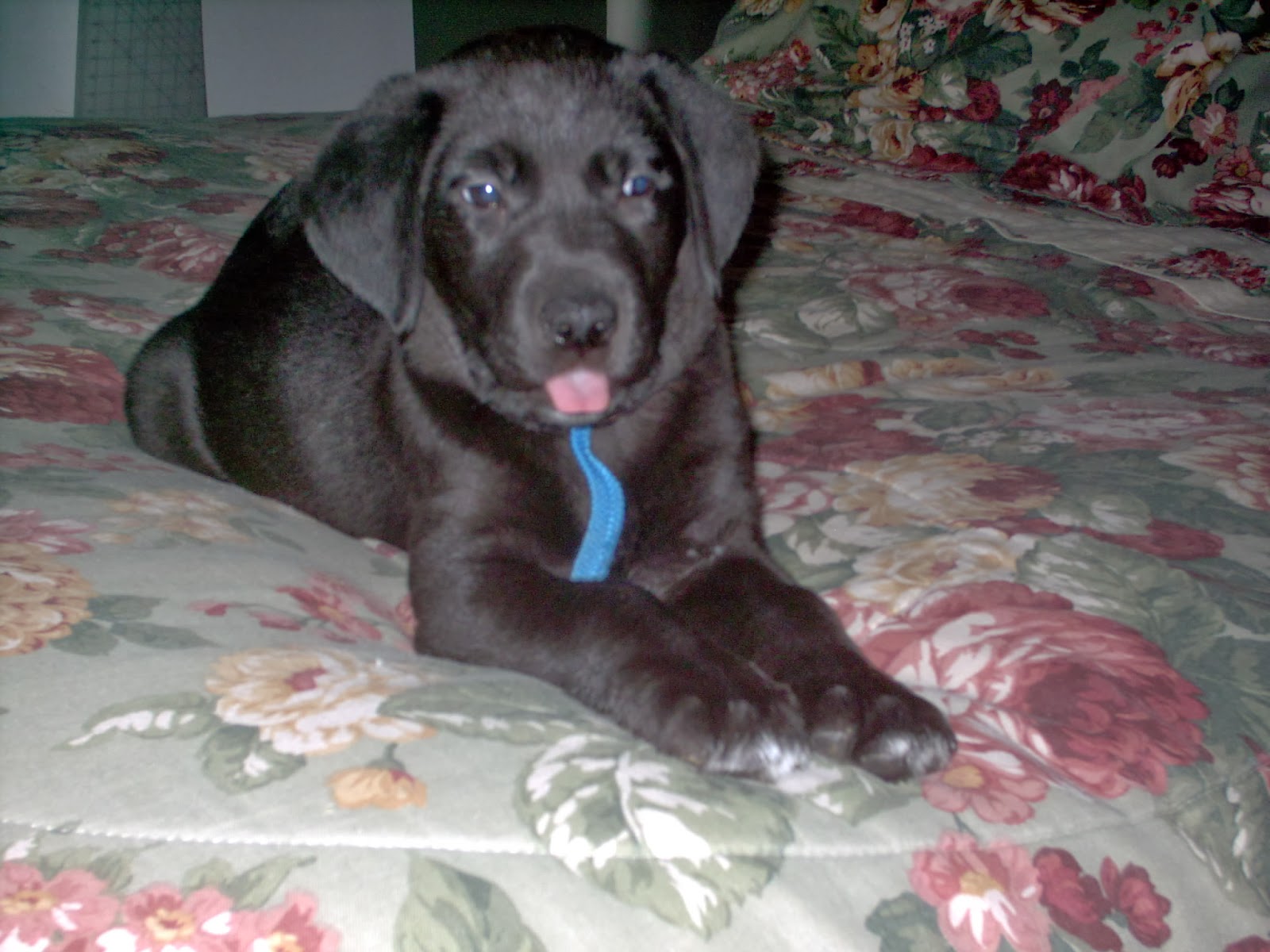 Then, a gangly teenager: 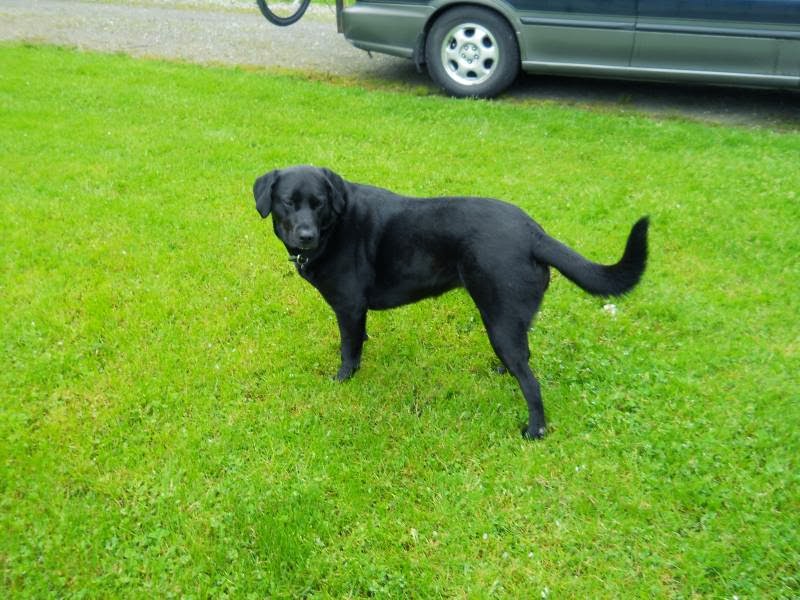 Back just before Thanksgiving, we had to put our older dog, Tucker, to sleep.  I miss that big lug SO much.  He was such a HAPPY dog!  He wasn't the sharpest tool in the shed, but he was happy until the end.  He was in a lot of pain though, and we knew we did what was best for him.

Tucker as a puppy:

Tucker as a youngster: 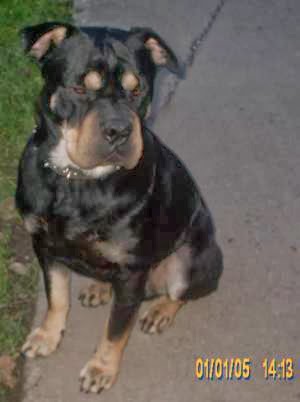 Tucker as he got older: 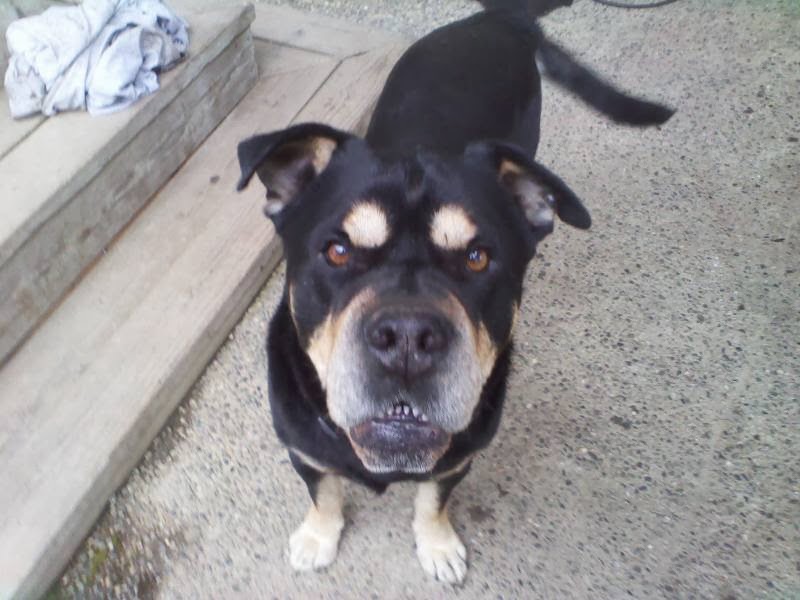 So, being 'dogless' would NOT do around here, so I frantically started puppy shopping.  We knew we wanted a larger dog.  Before we got our first dog (a SharPei we named Hooch, who died of a stroke about 8 years ago at 14 years old), we were looking for a Mastiff (after falling in love with the French Masiff on ''Turner and Hooch").  We were never able to find a Mastiff, but we were happy when we found our Hooch. 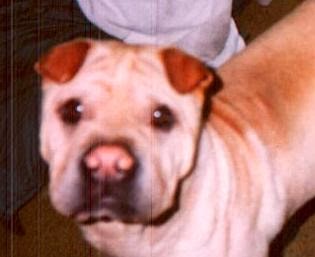 In my search for a puppy, I came across an ad for a female ''Saint Bermastiff''puppy.  The ad said she was 4 hours away, but oh was she CUTE!  I did some research, and found out she was a mix between a Saint Bernard (her dad, 150#) and an English Masiff (her mom, 110#).  Well, she actually ended up being 12 hours away, but one of the owners was going to be 4 hours away last Thursday.  He was driving 8 hours in the morning, and we could meet him in the afternoon.  So, after OK'ing it with the hubs, my younger son and I prepared for the 8 hour round trip - and came home with the cutest puppy on earth.  It took us several days, but we finally named her ''Blaze'', although I have not 100% settled on that name.  I still prefer ''Lucy'', but the menfolk don't like that one :P 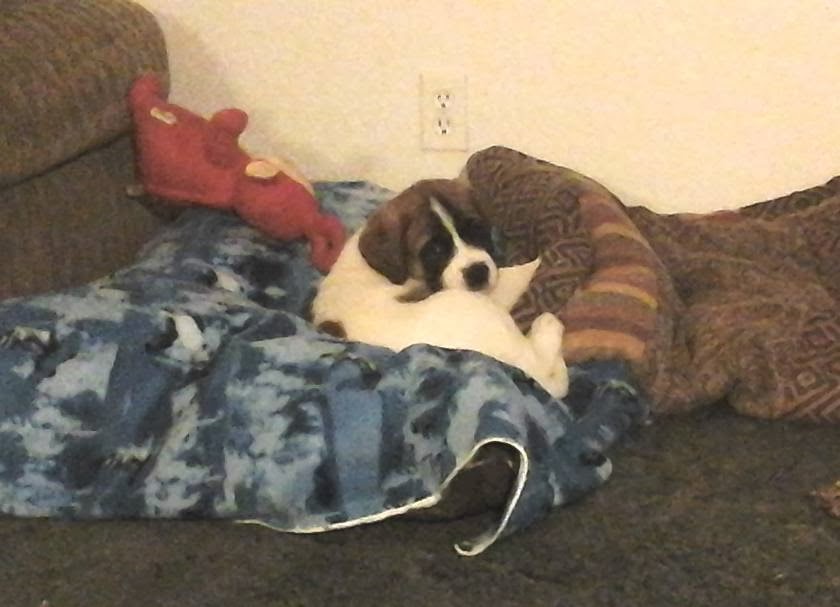 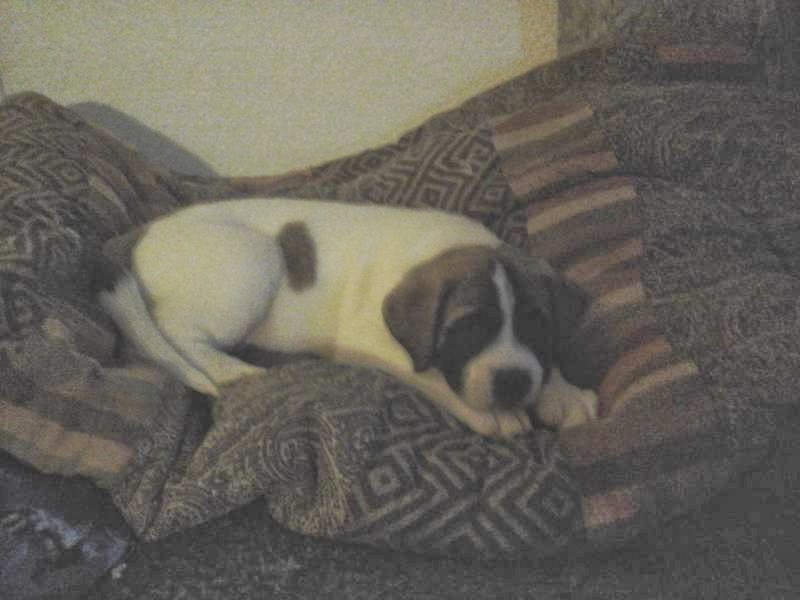 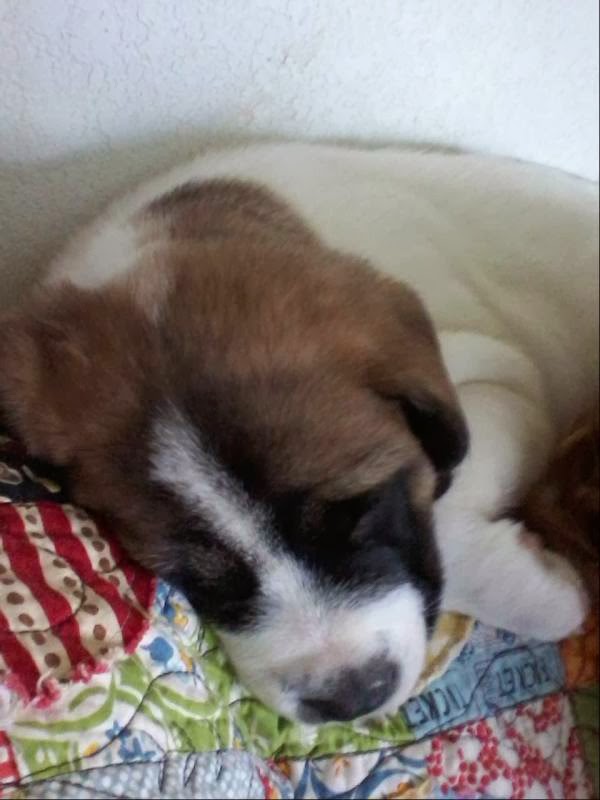 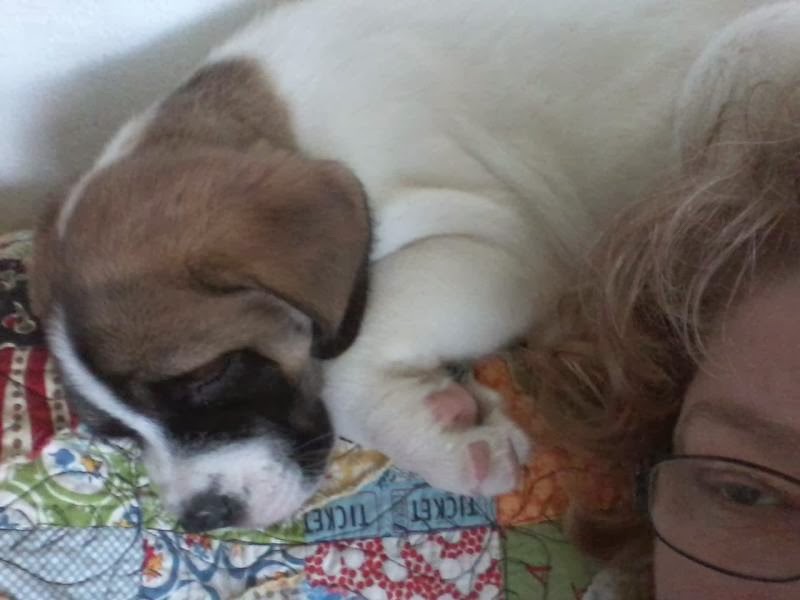 Luckily, Tikka left behind plenty of toys to keep this little girl busy.  And, I am also very busy trying to potty train and crate train a new puppy!  I really *really* want to get that Seascapes string quilt basted, but don't know when that will happen.  Maybe I can get my younger son to puppysit while I do it one day this week :)

And, yes, this puppy will be huge.  HUGE.  Probably around 120# I'm guessing.  She has legs as thick as tree trunks!  But, she is the sweetest little thing ever!  I plan to try to get her as socialized as possible - living out in the sticks has it's drawbacks that way, it will be a challenge! 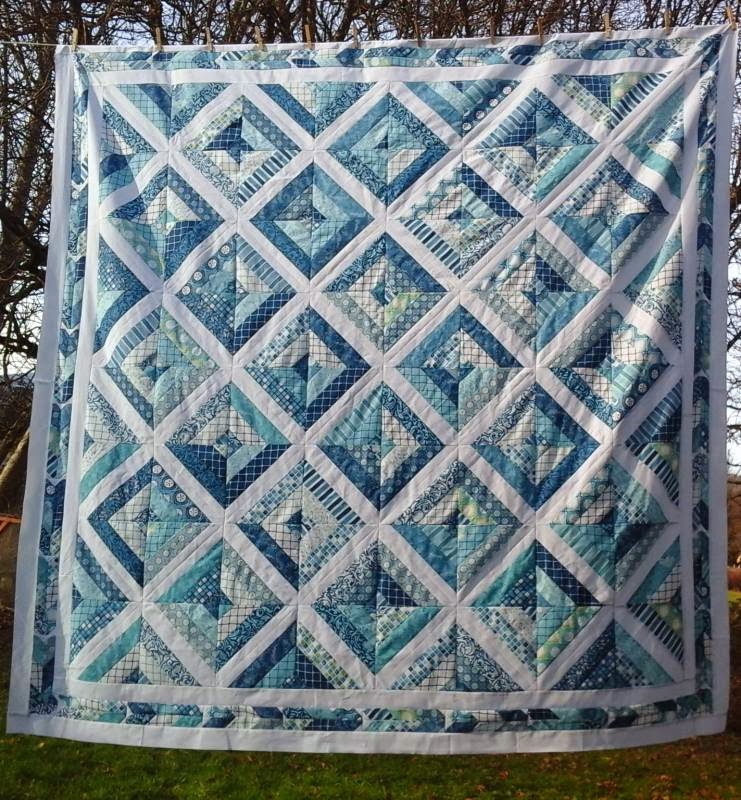 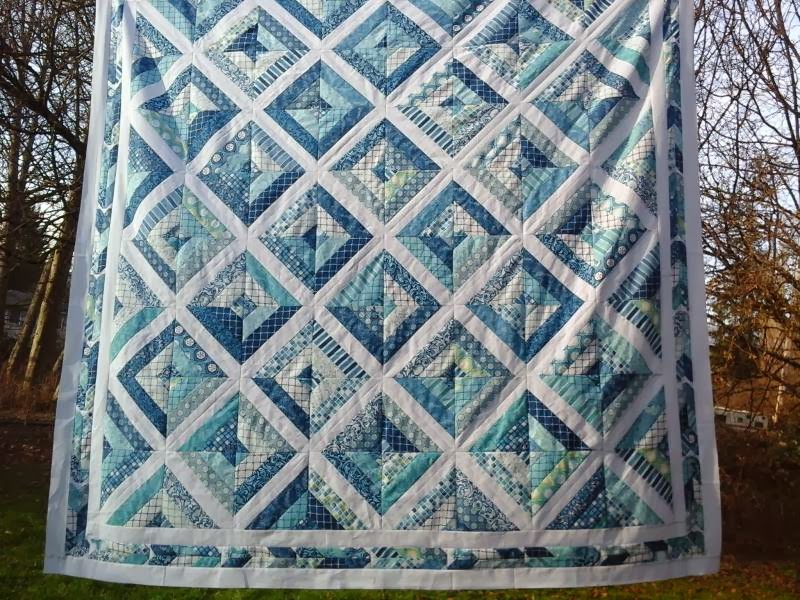 I am over the moon about this quilt top and can't WAIT to quilt it so it can go on MY bed ::VBG::

Posted by Cascade Quilts at 9:08 AM 2 comments:

I am very happy to bring to you my latest Moda Bake Shop project ''Wishes'' string quilt!  I am over the top excited about the way this came together! 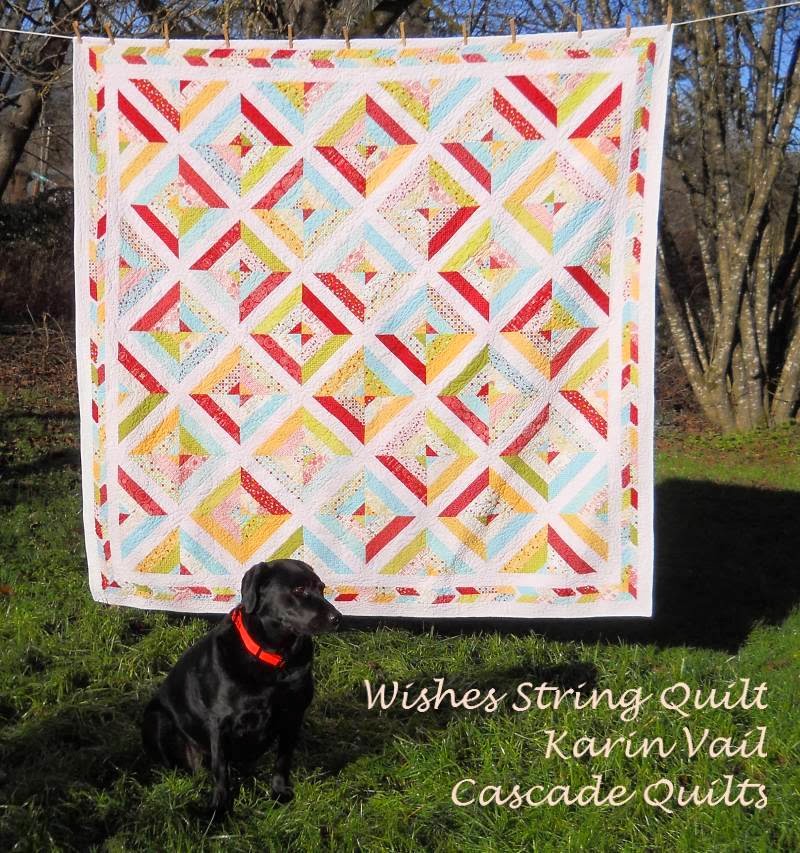 I am remaking this quilt for MYSELF in ''Seascapes'' - making pillowcases to match too :)  One pillowcase made already, and backing will be the 'tiles' (with white grout).  Binding will be the striped print I have on the edge of this pillowcase :) 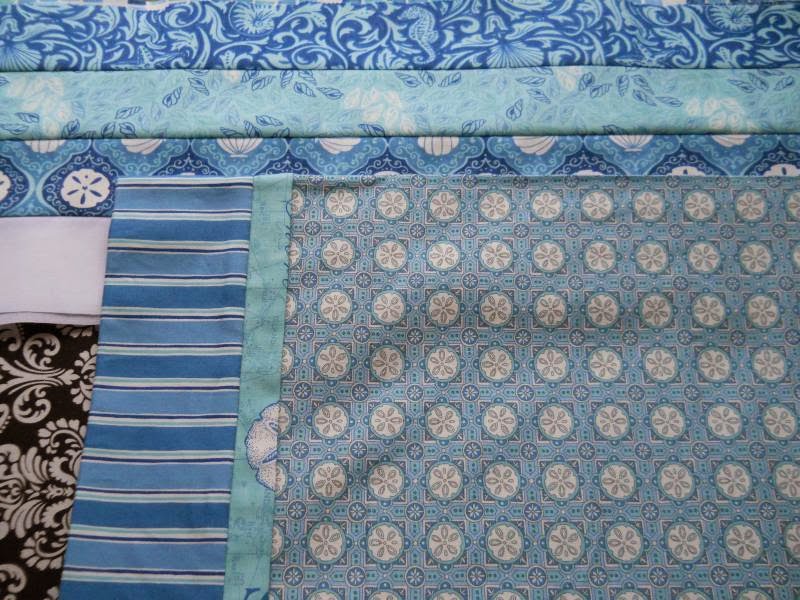 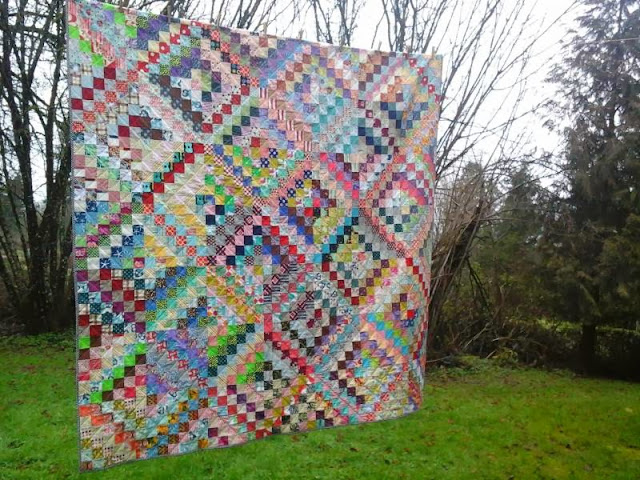 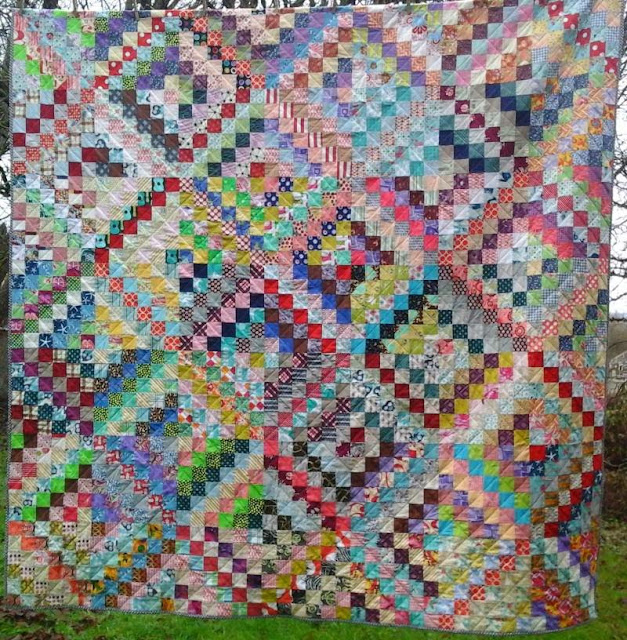 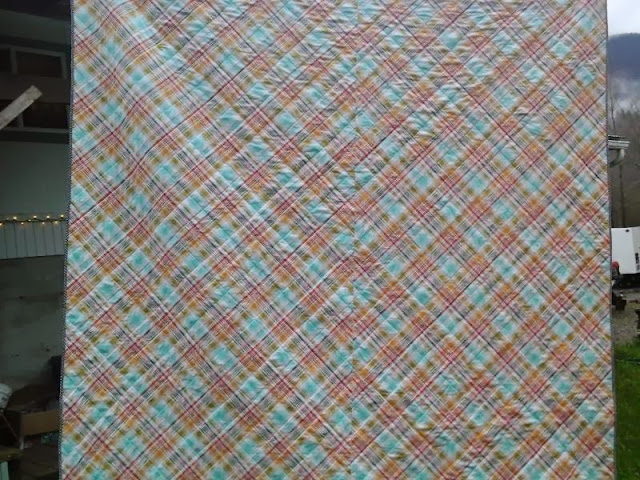 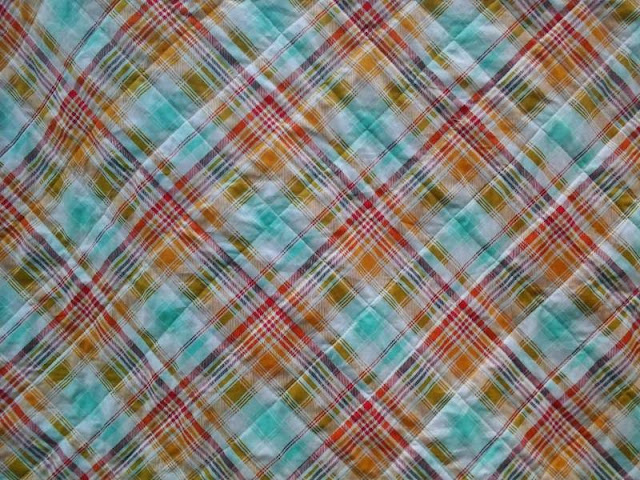 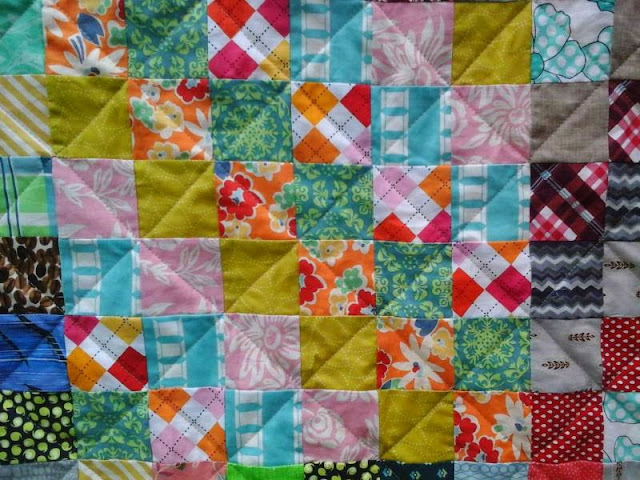 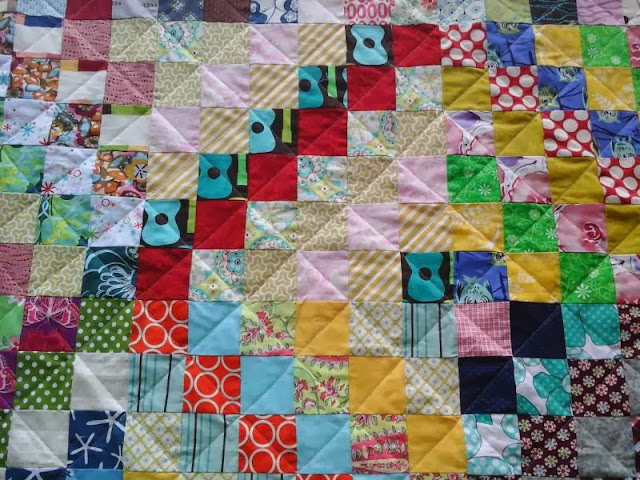 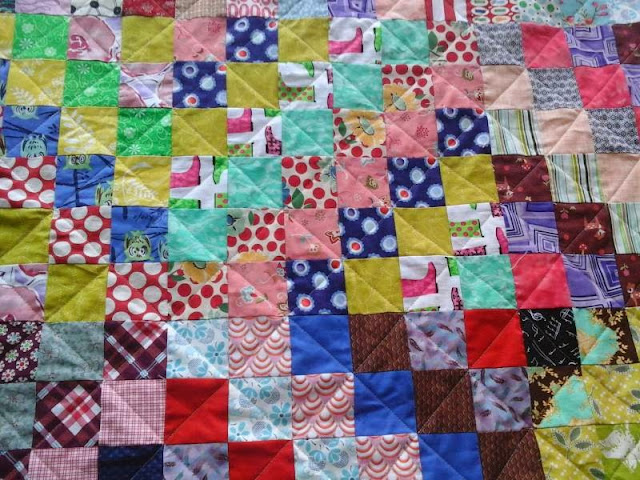 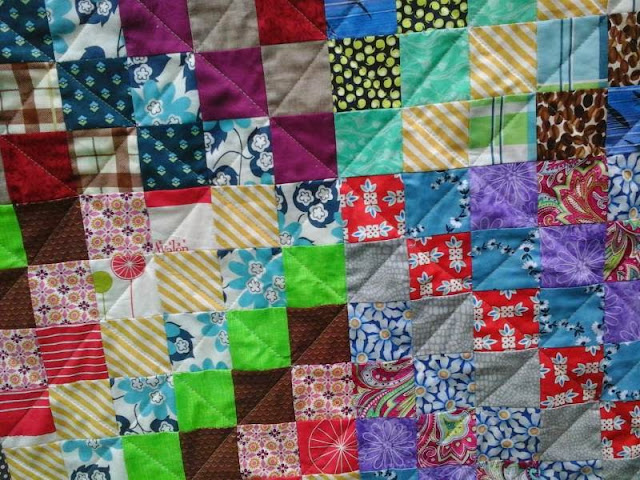 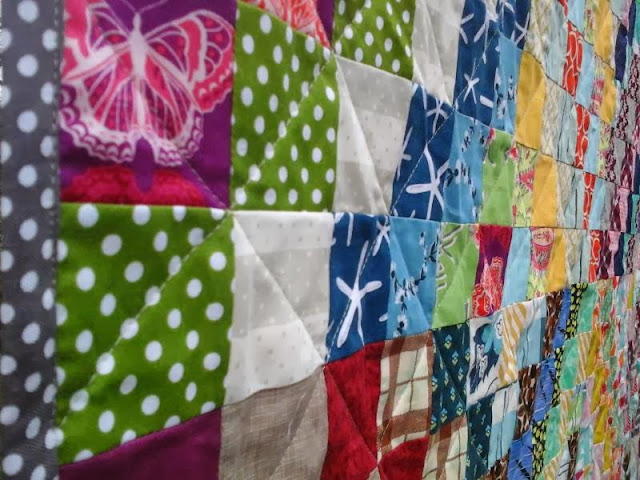 Posted by Cascade Quilts at 10:52 AM No comments: