Lucy is growing like a weed, and challenging us every day.  She is now over 50 pounds (but still very lean), and will be 4 months old soon (she was born December 7th) 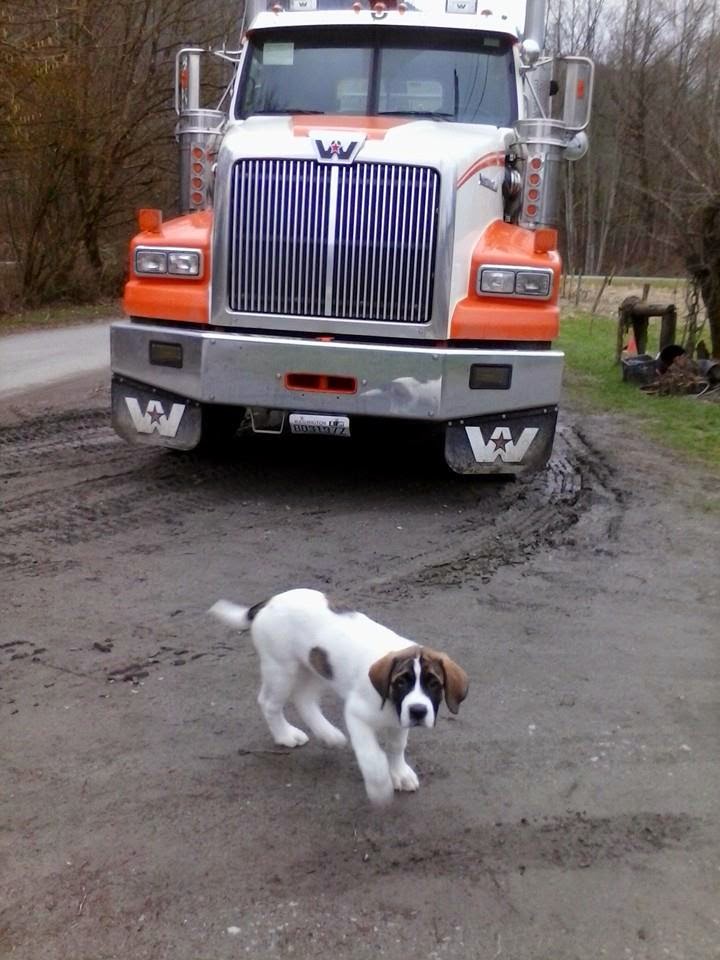 I will be taking her for her final puppy shots soon (and microchipped), so we'll se how much she actually weighs now.  At 2 months, she was almost 26 lbs, then at 3 months, she was 47 lbs.  So, I'm guessing she is actually getting close to 60 lbs as she comes up on 4 months old.  This picture is actually about a month old, but it's hard to get a good picture of her - she likes to sleep 'under' things, and when she is up and about, she's hard to get to sit still!

This is the MOST social dog I have ever had.  People, dogs, cats, doesn't matter.  She wants to play/socialize with everybody!  It has it's drawbacks though - she probably won't be a great watchdog.  AND, she is hard to keep home!  We don't have a fenced yard and have a really hard time with tying a dog 'out'.  She spends most of her time in the house, but needs 'out' time.  I have been taking her to the dog park once or twice a week to socialize.  If it was up to her, she'd go everyday though, LOL.

She is a quick learner though - she does:
sit, shake, high 5, lay down, roll over, kisses, waves.  She does a small amount of fetch, but generally she's not real interested in that game.  She would much rather play tug-o-war :)  Getting her to 'come' is the biggest challenge, we need to work on that one more!

Posted by Cascade Quilts at 9:22 AM 3 comments:

I turned that pile of Flea Market Fancy strings into another version of my strip-pieced string quilt pattern :) 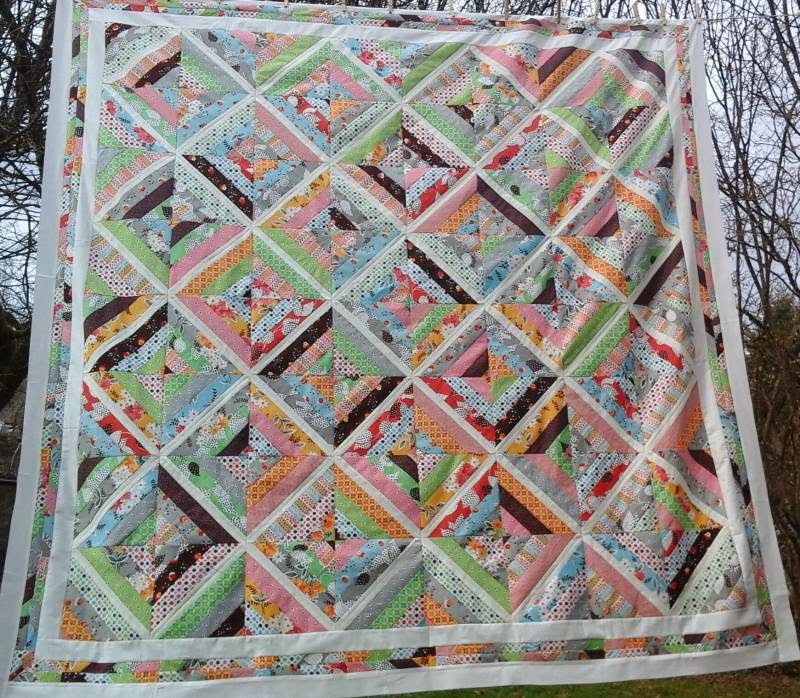 As you can see, I used narrower strips so I could get more strips in each block.  I used 1.5'' solid strip, and 2.25'' print strips.  This actually made the whole process just a little bit harder though!  Making the strip sets straight and lining everything up for cutting was quite a bit more tedious...... then, lining everything up for sewing the blocks together was more tedious too.  I like both looks, but I think if I were to make another one, I'd go back to my original jelly roll strips for the whole thing.  Using the narrow solid made it dissapear in the little chevron border too - and I liked that little peek of solid in there. 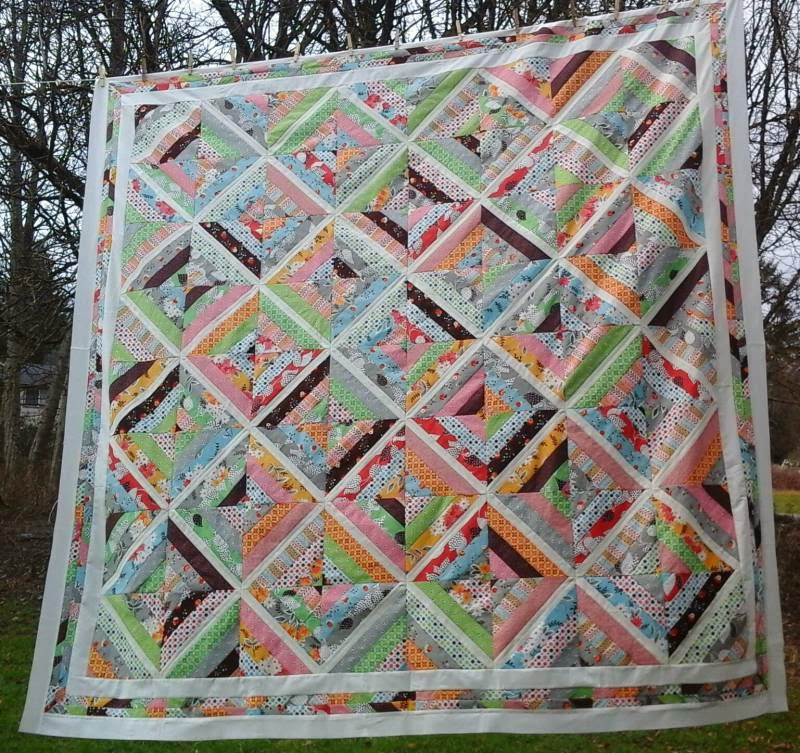 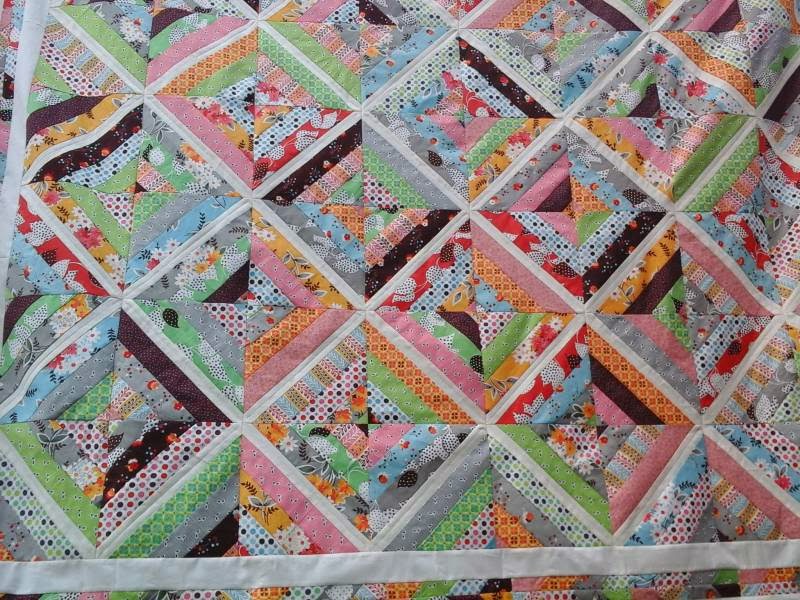 I *was* going to get this basted yesterday, but something came up ::sigh::  The backing will be 2 of the earlier DS quilts prints (from Picnic or Fairgrounds) - two of the medium/gray/blue flowery prints (one piece *almost* big enough for the whole back - it was 4.5 yards, not quite big enough!)

Posted by Cascade Quilts at 10:46 AM No comments: